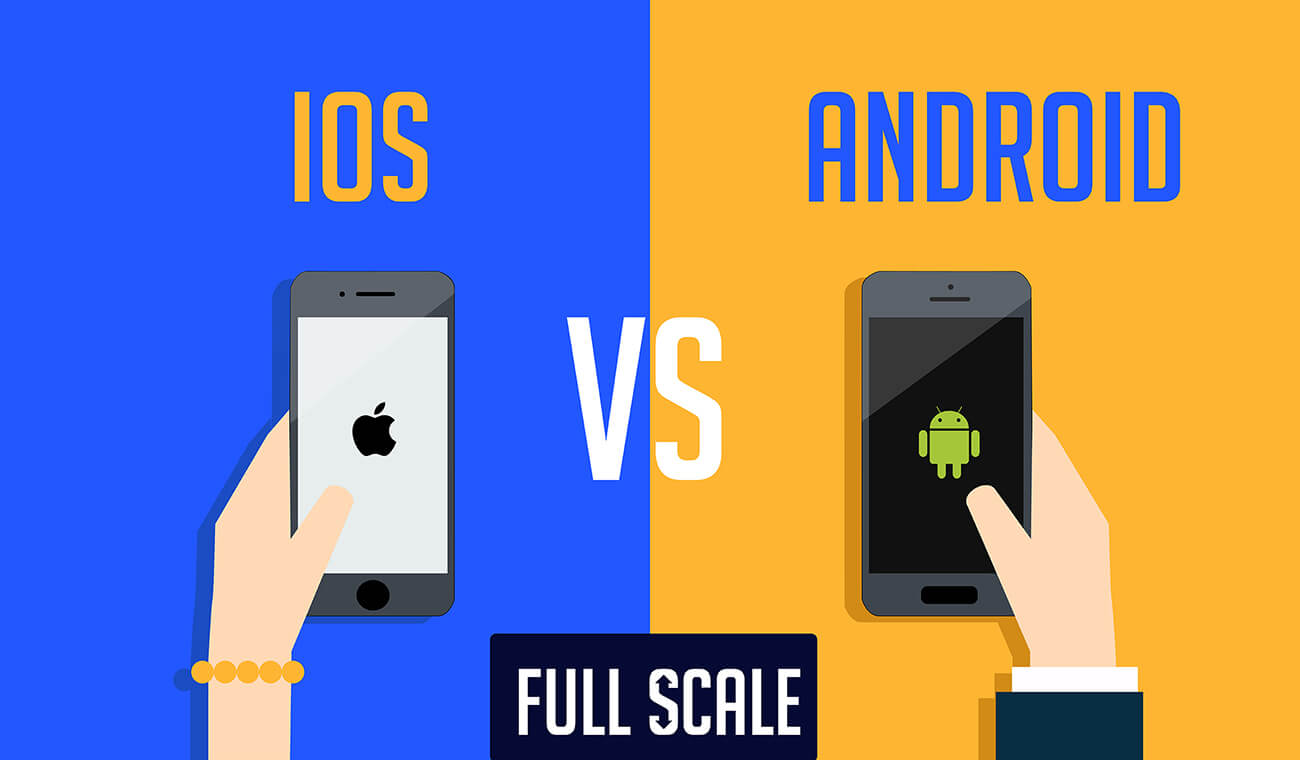 As entrepreneurs, studying the market is our major priority. For us in the tech startup industry, it’s always important to plan when developing a product. First is the product itself, and the next thing is where it could be made available. Meaning, we want to cater to as much possible customers and users possible, especially for mobile apps. Should we go Android exclusive? Is iOS a better option? Why not both? Let’s get to it!

Mobile applications are designed to operate on mobile devices such as cellphones, tablets, and watches. The apps were originally used for productivity applications such as email, online calendars, and contact databases. These eventually expanded to other areas such as mobile games, social media, factory automation, GPS, and service-based apps. There are now millions of apps available online that can be downloaded from application distribution platforms such as the Google Play Store and the Apple App Store.

Mobile app development is the process by which apps are developed for mobile devices. The apps are delivered to mobile devices either as software already pre-installed in the device when it is manufactured or as web applications that are downloaded from distribution platforms and installed on the device.

Just like in desktop computers, mobile devices need system software to manage their software and hardware resources and provide common services for programs. The system software in mobile devices is the mobile operating system which comes in two types: (1) free and open source software – source code is open and available for anyone to improve and modify; (2) closed source (proprietary software) – source code is not shared with the public and not open for anyone to view and edit.

To help out with your decision on what is better for your startup, we will talk about the difference between Android and iOS – the two leading mobile operating systems in the world. We will also discuss the similarities and differences these mobile OSes.

Are you a software development company owner looking for mobile app developers? Consider hiring through an offshoring partnership with Full Scale in Cebu City, Philippines. We are one of the leading offshore service companies in Cebu with a skilled roster of mobile app developers.

Some of our iOS developers are proficient in the application frameworks of React Native and NativeScript. A few of our Android developers have extensive experience in mobile app development and participated in the development of various mobile app projects prior to starting at Full Scale. They have junior to intermediate (two to three years) experience in Android mobile development and some of them are proficient in Native Android (Java), Android (Hybrid application), C++, Java, and Kotlin. They also have skills in the Android testing frameworks of User Interface Automator and Espresso.

Our unique Guided Development program makes it fast and easy for you to hire and build a dedicated team of mobile app developers for your business, and you also get to manage your remote team if you’re halfway around the world! That just one of the benefits of our guided development. Contact us now and start reaping the benefits of an offshoring partnership with Full Scale!

Listen to Episode 92 of the Startup Hustle Podcast – Investment Announcement: Mixtape the Game

For software development company owners and freelance software developers entering the mobile app development market for the first time, you may be asking yourselves if you should choose only Android or iOS, or use both mobile platforms with a heavier focus on one platform over the other.

To help you decide, the following differences between Android and iOS can guide you in comparing the platforms.

Conclusion of the difference between Android and iOS

The Android and iOS comparison serves as a guide in deciding if you will use one or both of these platforms to develop your mobile app. Your decision on which platform to use should also be based on what is beneficial for the intended customers of the apps you will develop.