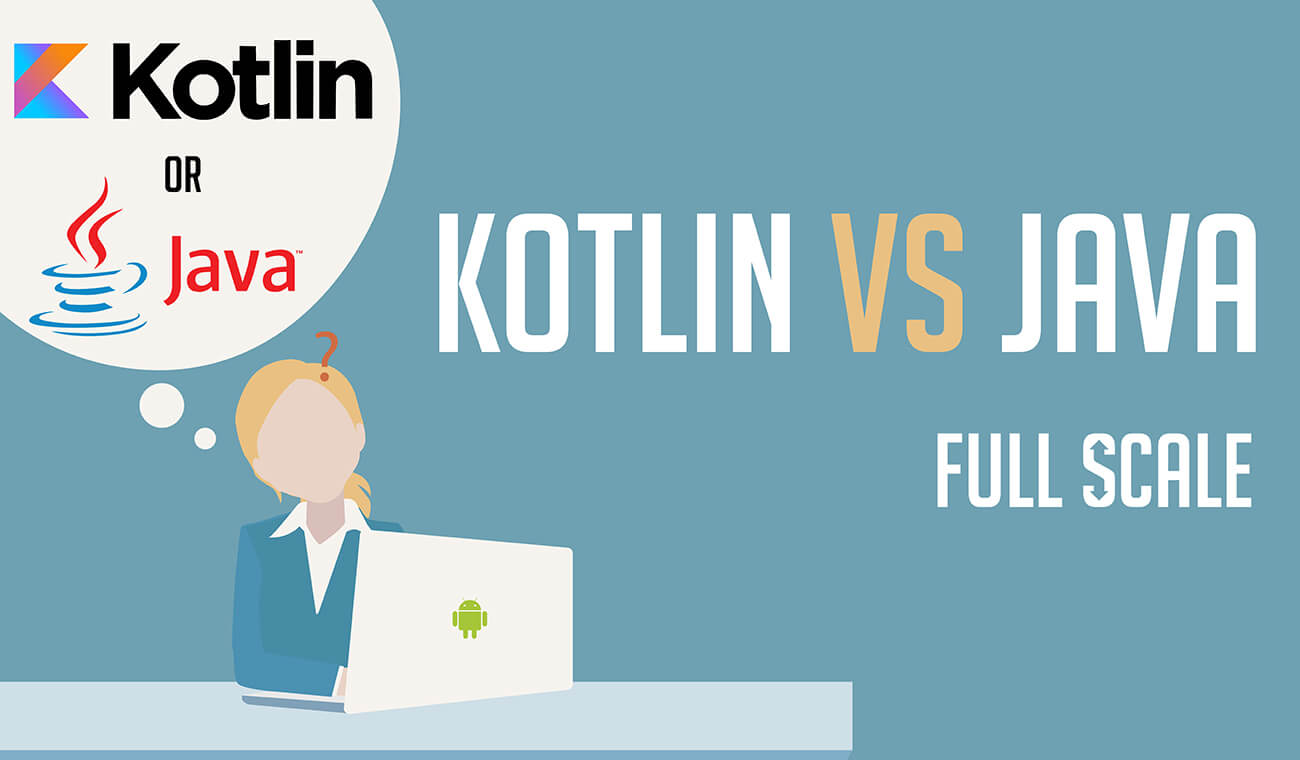 Kotlin vs Java for Your Next Android Project

Not too tech-savvy? Don’t worry, we will give you some light on Kotlin vs Java in Android development. As founders, we make sure that our developers continue to use the best tools and platforms to produce the best possible output. By studying development implementations such as this post, you’ll immediately decide which technology you should start using.

By now, you probably already have something in mind about what project you’re doing. If you still lack developers, you can contact us at Full Scale. We have top-notch offshore developers from Cebu City, Philippines who can work on your project.

Kotlin is a statically typed programming language that has been developed by JetBrains since 2010. Advocates of Kotlin, including Google’s Android team, believe that it makes Android development faster and more fun. Kotlin targets Android, JavaScript, Native, and the JVM and draws inspiration from Java, C#, Scala, and Groovy.

Is Java the best choice for developing my native Android app, or should I learn Kotlin?

This question has crossed the minds of many people, including seasoned mobile developers, innovative team leads, entrepreneurs with ideas that aim to make the world a better place, or simply students making their theses.

Today, we are going to help you answer that question.

Kotlin vs Java: Which is Better?

Java has been around much longer, has a larger community of developers, and a wider range of applications. We’ve been doing just fine so far, no need to reinvent the wheel, right? Java is great, but it’s quite old. Old wheels are replaced with newer and better wheels, and that’s why you don’t see many cars with wooden carriage wheels.

Many developers believe that Kotlin is the next step in the evolution of native Android development. The general consensus in this camp is that it makes writing Android apps easier and more enjoyable.

We’ll tell you why we think Kotlin and Java are both viable options, and then you can decide which one is right for you.

Why Kotlin is awesome

The folks over at Stack Overflow conducted a survey with over 100,000 developers, and Kotlin came in second as the most loved programming language (it was narrowly beaten by Rust). Let’s look at some of the reasons why developers might prefer it to Java.

Expect to see roughly 30-40% fewer lines of code than its equivalent Java program. How is this possible? Things like less boilerplate code and optional semicolons help.

And its Kotlin equivalent:

In this comparison of Kotlin vs Java, Kotlin’s data class is far superior to the standard Java class.

Another example is how Kotlin handles constants.

Kotlin uses var for mutable variables and val for immutable variables. In addition,   the compiler will also do automatic type inference and doesn’t require a cast operator.

Why Java is still  a solid choice

Java isn’t going anywhere for a long time. There are over 7 billion devices running on Java and over 12 million developers. Let’s explore some of the reasons why you might stick to Java for your Android development.

Here, Kotlin and Java pretty much equal. We feel that the difference in performance and compile time is not large enough to be a deciding factor, but here are the details:

Which should I use for my next Android project?

Now that you (hopefully) have a better understanding of the advantages that both Kotlin and Java bring, you can make a better-informed decision when choosing Kotlin vs Java for your Android development. Here are our reasons why you should choose one over the other:

If you still can’t make up your mind and want some free personalized advice for your particular situation, get in touch with us (we don’t bite, I promise). We are pretty good at mobile and web app development.