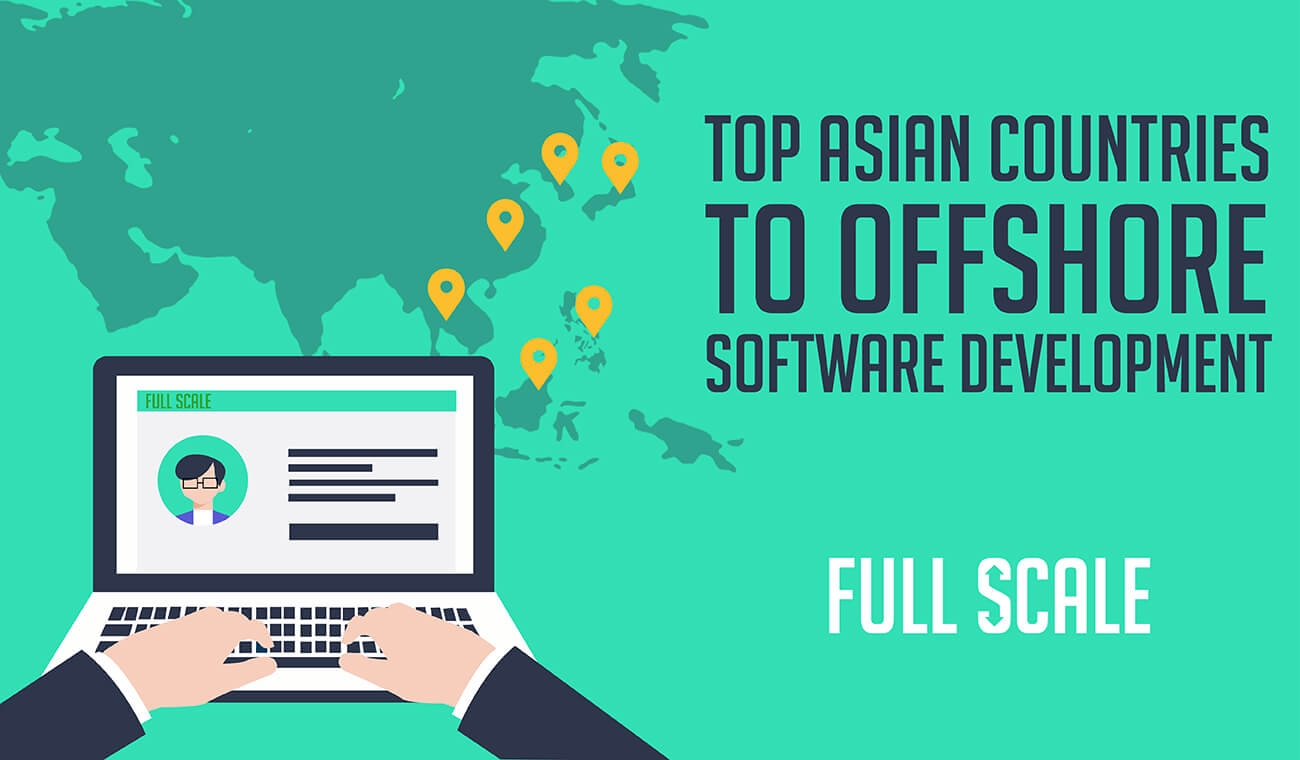 Different economies entail different costs – we’ll show you how to use this to your advantage! Should you do software outsourcing in Asia? Absolutely!

In this article, you’ll learn about outsourcing and the top Asian countries to work with. Looking for the best option? Read no further and directly contact us so we could help you build your software development team fast and affordably!

Outsourcing is extending operations and services to a foreign country with the motivation that gives a company its best benefits. While some companies just lean towards outsourcing, the concept of outsourcing seems more efficient as it saves tons of money and also increases the amount of productivity within your company.

Hence, with the interest of expanding the talent pool and cutting costs in the long run, many companies resort to software outsourcing.

One of the most challenging parts of offshoring is planning which country to develop your team in. This challenge comes on a case-to-case basis as to what service or business process the company is setting out to do software outsourcing. Finding the country that best fits the needs of your company with benefits outweighing the costs should be one thing to be critically selected.

It is not necessary to select and base your criteria on the growth of offshore companies that are flocking in a country. There are things to consider other than the number of companies investing in a specific location; this includes doing an inspection in different areas.

Most importantly, technological considerations should be a factor to focus on. This means that the prospective country has the right and enough resources that the company needs for its operations.

In the IT industry, it is important that offshore development centers should have qualified individuals to work for a company and maintain its values on products and services.

Another scope of this factor is the monitoring of data privacy, maintenance, technical issues, and other possible scenarios that are easier resolved at arms-length.

Other considerations are cultural and social differences. It is important that an organization recognizes the holidays, religious practices, politics, and communication barriers of the country. This is essential since it gives the company an idea of how these factors can affect the employee’s work and labor rights.

That said, it is also necessary to plan an action in preparation for any legal issues that may occur since no two countries have the same laws and regulations as per the discussions on labor.

To sum it up, none of the mentioned considerations should be taken lightly as these will determine the future of an organization.

How about Software Outsourcing in Asia?

Western entrepreneurs are looking into software outsourcing to Asia. Many Asian countries are the prevailing hotspots for businesses and IT companies in offshore operations.

Following the rise of companies and businesses that continue to further penetrate the different regions of the continent is the continuous labor supply growth. There is a large number of IT graduates in Asia, and that number continuously grows each year.

This further increases the supply of individuals who are very knowledgeable in IT services and increases the opportunities for many Asian countries, that are mostly developing, to gain access to the global market.

The number for supply is continuing to rise and there seems to be no factor for it to flunk in the next few years.

India ranks as one of the top countries to offshore in the world. In South Asia, it is the number one country in terms of compatibility for offshore companies. The country exhibits a large amount of IT-related graduates as they are the second country in the world to have the most STEM (science, technology, engineering) graduates in 2016 with 2.6 million.

Over 120,000 professionals are added to India’s talent pool in the IT industry every year. They also have a lower pay rate at only $10–$15 per hour as compared to the $60 per hour pay in the U.S. for software developers. India has a 2018 EF English Proficiency Index score of 57.13 and ranks twenty-eighth among 88 countries in the world.

One of the countries in Asia with the cheapest resources and pay rate. Bangladesh is also a hotspot for offshoring and outsourcing.

However, cheap resources and low pay rates are not the only reasons why foreign companies choose to offshore to Bangladesh, it’s also the quality of products that they produce. Bangladesh has a 2018 EF English Proficiency Index score of 48.72 and ranks #63 among 88 countries in the world.

According to CEOWORLD Magazine, Hong Kong is “one of the top financial centers in the world.” It was given that label due to  Hong Kong’s stable and efficient banking system and an international business environment.

One advantage in Hong Kong is its low-income tax rate which can be beneficial for cutting costs. Communication-wise, the territory ranks at #30 in the 2018 EF EFP with a score of 56.38 among 88 countries around the world.

China is a powerhouse of science and mathematics. These are the areas they focus more on in their educational curricula. They are also the top country in the world with the most STEM graduates with a staggering amount of 4.7 million pursuits.

This means that China has an abundant supply of employees for the IT industry. This also makes them one of the most offshored countries in the world. Also, China is the hub for factories and manufacturing industries for labor-intensive work.

Specifically, Apple invests in China’s workforce. China ranks at #47 in the 2018 EF EFP with a score of 51.94 among 88 countries around the world.

Honorable mentions for offshore countries in Southeast Asia are Indonesia, Malaysia, and Vietnam for exhibiting extensive growth in the IT industry over the past years.

Thailand offers some of the best benefits for companies that offshore to their country. They have a low maintenance cost as well as a low operational cost. Additionally, they practice strict anonymity to offshore companies with their non-disclosure of shareholders, directors, and even benefactors.

However, they rank at #64 at EF’s English Proficiency Index with a score of 48.54 among 88 countries which may be outranked by other Southeast Asian countries.

Singapore ranks first in EF’s EPI in Asia and third in the world with a score of 68.63, which means that offshoring to Singapore would entail low to zero difficulties in terms of communication.

The country is also head to head with Hong Kong as the number one financial center in Asia. The low corporate income tax rate and simplified business policies are among the things that attract foreign organizations to set up their offshore facilities in the country.

The Philippines is a melting pot of different growing industries. Among these is the increasing market opportunity in the IT industry. In 2016–2017 alone, there were a total of 82,794 engineering and technology graduates and 73,646 information technology graduates.

This number continues to grow and supplies employees to different companies that offshore their operations to the country. Offshoring companies like Stackify and GigaBook as well as BPO companies such as Convergys, JP Morgan, Accenture, and Teleperformance operate within the key cities in the country.

Aside from the growth of employment rate and productivity, the Philippines is also one of the lowest average pay per year but with the optimal output. A software developer earns an average of PHP 367,066 ($6789.89) a year which is relatively lower compared to its U.S. counterpart which amounts to $69,083 per year.

The literacy rate in the Philippines is relatively high compared to other countries and ranks second just behind Singapore in EF’s English Proficiency Index.

In the Philippines, Cebu City is the fastest growing IT industry in the country with more than 200 offshore companies and 95,000 employment seats to fill. The IT industry in the city has become a hub for many foreign investors and organizations to offshore.

There are many choices when it comes to software outsourcing in Asia. The best location for you depends on your needs. Hong Kong and Singapore provide the best IT infrastructure at higher costs than countries like India and the Philippines. If English communication is high on your list of requirements, the Philippines is a safe bet.

Full Scale recognizes this potential and now houses a pool of talented and skilled individuals who are capable of doing operations of the company. The extensive variety of services our company houses ranges from guided development, graphic design, software development, and web development.

Hit us up to get answers to any questions that you have. 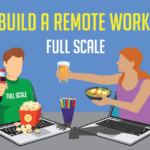 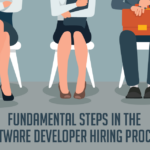 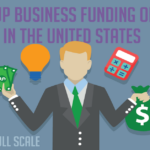