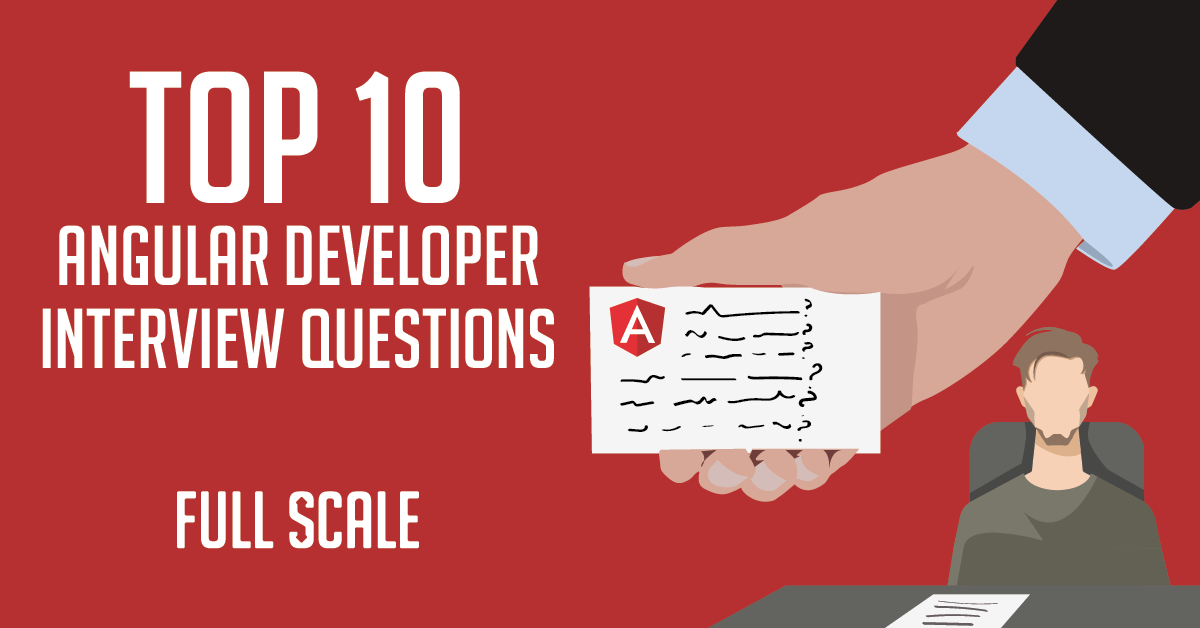 Angular is one of the most popular development frameworks in the developer community these days. Its popularity is on par with React Native in terms of efficiency and development build time. In fact, there’s an ongoing React Native vs Angular debate as to which one is better for mobile development.

Although a fairly new player in mobile development, Angular holds its ground and continues to increase in value as a beneficial tool. And with its consistent upgrades comes a higher demand for Angular experts. However, employers often find it challenging to recruit experts in such highly technical positions.

It’s a free and open-source development framework that helps develop, build, test, and update code. Angular’s set of well-integrated libraries covers a wide range of functions, such as routing, form management, client-server communication, and more. This framework operates with a variety of code editors. Angular developers use HTML as a template language to create dynamic apps.

Now that we defined Angular, let us look at what Angular developers do.

As mentioned earlier, Angular is a versatile and powerful programming framework. It can build single-page client applications with HTML and TypeScript. Also, Angular developers can create mobile and web apps using MongoDB and NodeJs.

The following are the standard day-to-day duties of an Angular developer:

These responsibilities are simply the general duties assigned to Angular developers. Be sure to add specific tasks that fit your business needs in your job description posting.

In comparison to React, Angular has a steeper learning curve. This means candidates must have the necessary training specifically for Angular. They not only need to know the fundamentals of writing code, they must also know how to fully maximize the potential of Angular’s libraries and tools.

With that in mind, here are some of the primary qualifications of an Angular developer:

Now that you know what to look for from Angular developer candidates, the next step would be determining how much you should offer for the position. To do this, you can research the current average salary for an Angular developer, keeping in mind their geographical location

Further on, your next step will be to conduct interviews. To do that, you have to prepare interview questions designed for Angular developers.

Before conducting an interview, keep in mind that the goal is to assess each candidate’s technical abilities and credentials. The interview questions will reveal if the candidate has the proper skills and attitude to fit into your company’s environment.

Here are ten of the most popular Angular developer interview questions.

1. What is Angular, and why do you use it? What are the biggest pros and cons of using Angular?

These kinds of questions are broad in scope. They assist the interviewee in becoming more comfortable with the procedure. Angular developers should be able to describe and explain how Angular technology works. They should also be aware of its benefits and drawbacks.

2. How long have you been coding Angular as the primary language?

The candidates’ responses should demonstrate their familiarity with the framework. It’s uncommon to come across a developer that works solely with Angular. The length of time they’ve been utilizing it is more crucial. Naturally, developers who have worked with Angular for a longer period of time are usually more proficient with the technology.

This is the perfect opportunity to gauge their experience level and assess whether or not they best suit the company’s needs. Learn more about the software engineer titles hierarchy in a previous blog entry.

3. What is the difference between AngularJS and Angular?

The difference between Angular and AngularJS is their language. AngularJS is based on JavaScript while Angular is based on TypeScript. However, they’re pretty similar frameworks as a front-end, open-source platform for creating dynamic applications.

An Angular developer should be familiar with not only the latest versions of their tool but also previous versions. This question measures their technical knowledge and how up-to-date they are with the technology. A candidate is expected to discuss the differences in language, syntax, architecture, structure, etc.

Angular uses two-way binding. Changes to the user interface reflect their corresponding model state and vice versa. This lets the framework use the controller to link the DOM to the Model data. An Angular developer must be able to explain this process clearly and accurately; it’s a vital part of the software development process.

5. How do you manage version control with your code?

This question allows you to assess the candidate’s systematic skills. Great developers are not just coders. They monitor changes and preserve backups by organizing their code.

A good answer is similar to this:

To keep track of the many versions of my code, I perform the following. I begin by creating a repository and configuring Git with “git init.” I then write code and organize the directory structure. I stage the files and folders with Git Add. Then I use Git status to keep track of changes. I also use Git Commit to make the modifications. Lastly, I use Git Checkout and Git Reset to go back to prior versions.

6. Walk me through your process of identifying bugs in your code.

Debugging is an essential component of my coding process. I normally follow this four-step process:

1. I examine which parts of my code may contain flaws.
2. I inspect the code one line at a time after locating the section.
3. Identify and repair any problems in the lines.
4. Finally, I repeat the processes while selecting a different part, and everything works well.

7. Do you ever use Angular for personal projects? Share an example.

The candidates’ response to this question can indicate their passions and interests. Candidates choosing to spend their leisure time creating and exploring are traditionally well-committed to enhancing their skills. Furthermore, their responses also demonstrate their understanding of how to use Angular in a variety of ways.

8. In your previous position, what was your most noteworthy achievement?

You have to assess the candidates’ self-awareness throughout the interview. Their response to this question might reveal how highly they regard their abilities. This gives insight into how the candidate considers their team’s goals to be part of their accomplishments.

9. How do you deal with conflicting opinions regarding technical issues?

In a team, effective conflict resolution skills are essential to maintaining a healthy workplace. To minimize misinterpretation, developers should know how to effectively convey their ideas and communicate concerns.

In order to complete their jobs, exceptional developers may work with interdisciplinary teams. By gaining in-depth knowledge of other development concepts, they can make the necessary adjustments with less compromise.

10. How do you keep your Angular coding skills up to date?

The world of software development is always changing. As a result, it is the developer’s obligation to keep their skills and expertise current. Their response should demonstrate that they are motivated and committed to consistently seeking methods to better their abilities.

Here are a few indicators that you’re interviewing someone who is committed to keeping their Angular skills sharp:

Because Angular is such a popular programming framework, finding the right skilled developers when you need them might be difficult. You’ll also want professionals with the necessary soft skills to collaborate with your present team.

But where do you find qualified software developers? This is where we enter the picture!

Full Scale specializes in employing and retaining the best software engineers, testers, and leaders. At this time Full Scale only hires the top 3% of applicants who apply to work on our team. Take a peek at our thorough evaluation process:

Our recruitment process ensures each team member has the skills and experience needed to succeed as a part of our team and yours!

Are you looking for world-class Angular developers? Talk to us and let’s build your dream team of professionals! 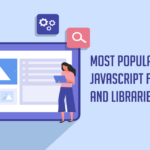 Most Popular JavaScript Frameworks and Libraries in 2022 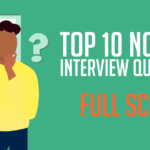 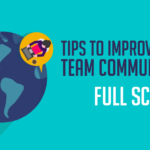 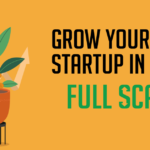 How to Grow Your Tech Startup in 2022 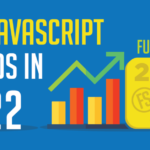