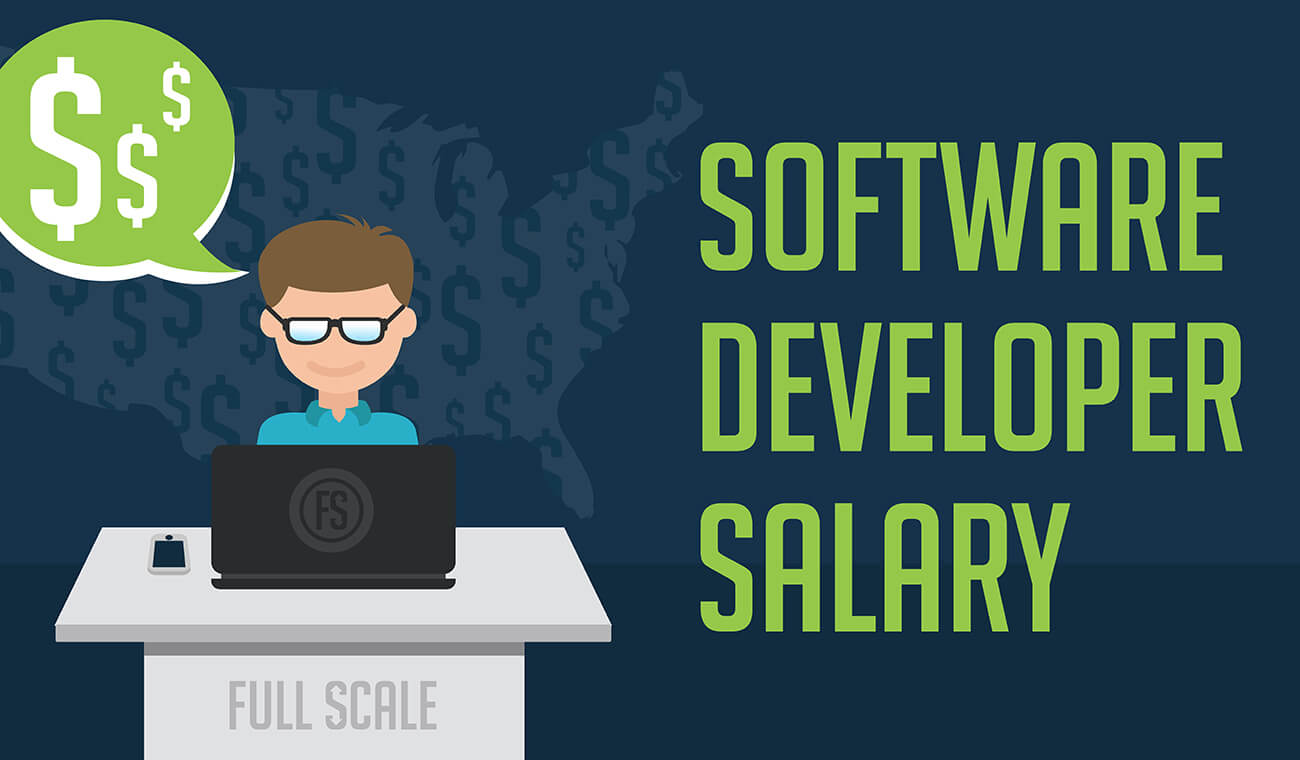 Software Developer Salary in the US 2019

Because of the scarcity of software developers in the United States, it becomes a challenge for startup business owners to hire them. Why? The law of supply and demand answers that developers here are expensive. So if you’re just at the baby steps of your business and budget is quite tight, hire from territories where software developer salary is much lower.

Aside from location, factors such as experience and technology could also impact the rate. Let’s discuss this below.

Software developer salary varies per developer, per location. Some areas in the United States offer higher pay rates than other areas. However, this can also be affected by the developer’s experience, skillset, and position.

Among the multiple languages available for software development, a PayScale Software Developer Pay survey reveals 5 of the most popular ones: C#, JavaScript, SQL, .NET, and Java. The rate for each skill is different as each has its own level of complexity and uniqueness.

They shared these results for average software developer salary per skill:

Experience is another important factor in considering the software developer salary. This takes into account the experience in terms of years that the developer is working in the field and is associated with the position prefix they already earned (Senior, Mid, and Junior).

Location can be the most impactful factor for software developer salary. Different economies per location entail that there are also differences when it comes to the cost of labor. In the US, the average pay rate for lead developers ranges from $176–$187 per hour. Aside from the economic state, the country is also experiencing a shortage of developer pool.

Companies opt for offshoring as a solution to the shortage and cost issues brought upon by the high pay rates within the country. Territories such as Eastern Europe and Asia offer lower pay rates compared to America. Developing countries within this territory offer the same software development services with quality output at a much lower rate.

Eastern Europe has been a go-to offshoring destination for western clients. The region is hailed as the “sleeping giant” in technology since the IT industry there is rapidly growing due to the available opportunities offered by companies that outsource and/or offshore IT services.

Some popular countries in Eastern Europe that are competent in offshore software development are Poland, Romania, Ukraine, Bulgaria, and Belarus. One of the reasons why many companies offshore in Eastern Europe is because of language proficiency.

Most of the top spots are occupied by European countries. Aside from that, they also have a relatively lower pay rate compared to North American countries. For example, the average annual salary for software developers in Poland and Romania are $23,912 and $24,665, respectively.

In recent years, many Asian countries, especially in the eastern part, have become hotspots for offshoring business processes and IT services. This is due to the growing rate of resources for software development and the IT graduate pool in the region. Among the top countries excelling in providing offshore avenues for foreign companies are India, Thailand, Singapore, China, and the Philippines.

Software developers develop, test, and document software for client applications. They may also develop and maintain existing software applications. A bachelor’s degree in related programs is an edge but not always required. They should be compliant with software developer responsibilities and possess basic to advanced skills.

The more skills and adeptness in software development, the higher the pay. Same with experience, developers with long years in the industry will have a higher salary. The biggest difference that makes the salary comparison is the location.

Yes, seniority level and skillsets can determine a developer’s salary, but these things can be acquired in different locations. And in those locations, the economies are different. Take into consideration that just because you’re paying at a lower cost in a different country, doesn’t mean that the standard and quality have to be lowered, too.

If you are a startup company and software developer salary poses such a great fraction of your costs, why not try to offshore?

Hello! We are Full Scale.

With Full Scale, you can offshore a development team to work on your website and/or software products. We do all the recruitment and hiring processes by only choosing top-tier developers who are ready to work on projects.

We have software developers who are skilled and experienced in the field, most of which are at the senior level but are willing to work at an agreeable cost. They are skilled in multiple software development tools and processes. Your inquiries, messages, and applications are welcome! Just hit us up with a message and we’ll take it from there.