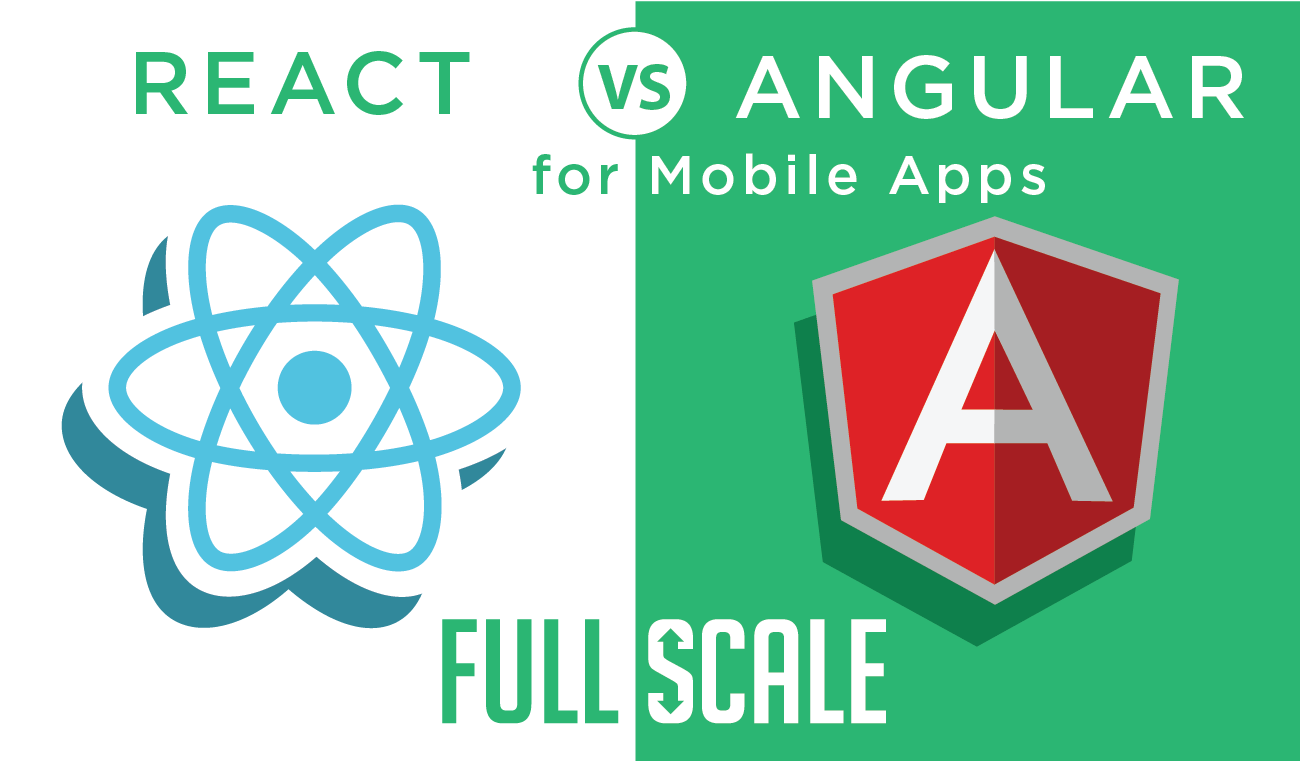 Among the toughest development decisions is choosing which tools work best for your mobile app software design. The debate on React Native vs. Angular comes into play in this discussion. This is considering that they’re among the most competent frameworks. In this article, we’ll discuss which of the two tools works best for your mobile application.

The mobile application market continues to grow year after year. Currently, there are over 100 billion apps combined in popular application market platforms, App Store and Google Play Store. Alongside its growth is also the development of competition.

As we categorize the types of apps in the market today, we will see that the competition depends not only on industries. Nowadays, another competitive aspect of mobile applications is how they are made.

Countless development tools are also available today. Whether open-source or proprietary, these tools guide developers to design and implement app functions. They can develop with proper integrations and user experience and interface.

Among these popular tools are React Native and Angular. But what are they, and what can we learn from them? In this article, we’ll discuss what these things are and their advantages. Ultimately, the decision on which one to go with is yours!

Before we dive into the topic, let’s familiarize ourselves with JavaScript. So, let’s have a brief overview of what it is. Simultaneously, we’ll also compare libraries and frameworks according to their relevance.

JavaScript and Libraries vs. Frameworks

JavaScript is a programming language that is used to create interactive and responsive web designs. In order to use the language properly, companies developed frameworks and libraries as tools to enhance the usage of the language.

A framework, on the other hand, is a collection of libraries. It has predefined classes and functions that allow interactions between code and input/output interfaces. In web design, these can be traced to page elements’ design and functionality of page elements, business logic, responsiveness, etc.

Now we can proceed with defining and differentiating React Native vs. Angular.

What is React Native?

React Native is a hybrid JavaScript framework. This allows you to render mobile apps on both iOS and Android using multiple independent libraries. It is an open-source JavaScript hosted and maintained by Facebook.

It’s very popular among developers because of its simplicity. It uses server-side rendering so that the programs deliver optimum performance. In React Native, codes are easier to understand and launch.

React Native’s popularity stems from its key features that most React Native developers prefer. Here are multiple reasons why:

Angular is a JavaScript framework. It is open-source and can be used to develop web and mobile functions. Google’s Angular team and the Angular developer community manage the framework.

This framework is structured to be compatible with multiple code editors. This allows angular developers to produce dynamic applications by using HTML as a template language.

Angular is also popular because of many reasons. The following key features make it a developer’s favorite when it comes to choosing a framework to work with.

Because of these key features, developers get to enjoy multiple advantages of using Angular for mobile app development. Here are some of them:

Based on the definitions of the two, we can now begin to contrast them in different development aspects. Additionally, we can already identify some takeaways from each of their key features and advantages. The following are mobile app development areas we can look at to further separate the two tools.

As mentioned, Facebook supports React Native. The company and the React community maximize the React functionalities with different plugins frequently. As of 2019, React has more than 1,600 contributors. Alongside Facebook, platforms that use React are Instagram, Netflix, WhatsApp, Uber, Dropbox, etc.

Angular, on the other hand, is powered by Google and its Angular community. It has continuous updates from the team to maintain and preserve its usage for many developers who use it. It’s built to provide a powerful set of tools for optimum front-end development. Google, Nike, Sony, Forbes, and HBO all use Angular in development.

Both have a component-based architecture. Their components are reusable and modular during development. However, Angular is a complete MVC (Model-View-Controller) framework. This means that Angular contains the program logic among the compartmentalized elements.

React Native, on the other hand, only contains the View component. It would require additional libraries to apply the same MVC architecture for React. Its advantage is that it allows the developers more freedom to expand creatively.

Performance trumps the competition. In this case, React and Angular are neck and neck. Both are built for optimum performance. So any of the two can definitely deliver. The edge relies on the expertise and experience development team you have. This will determine how optimized your app will be. If you have a problem with this, don’t fret because we can help you with this!

There is actually no clear answer as to which one is better than the other. For an enhanced view layer without constant screen reloading on apps, React Native is the way to go. It is also best for highly customized mobile applications.

Alternatively, you can choose Angular when you want a full-fledged framework with all development components.

As mentioned, it’s all about preference. This can be based on the experience and expertise of the developers you hire. But how do you make this attainable? Hire quality and experienced developers!

At Full Scale, we have a pool of development experts who can help you with your app development needs. With our senior-level developers, they’ll guide you on the right path to choosing the framework that works best for the product of your dreams!

It’s easy to get lost when there’s too much information. But with the right people, you can streamline your development decisions. Our pool of web and mobile app developers, development managers, testers, and business analysts can fill the gaps that might be barring you to finally kickstart your mobile app.

Reach out to us and let’s make some magic!