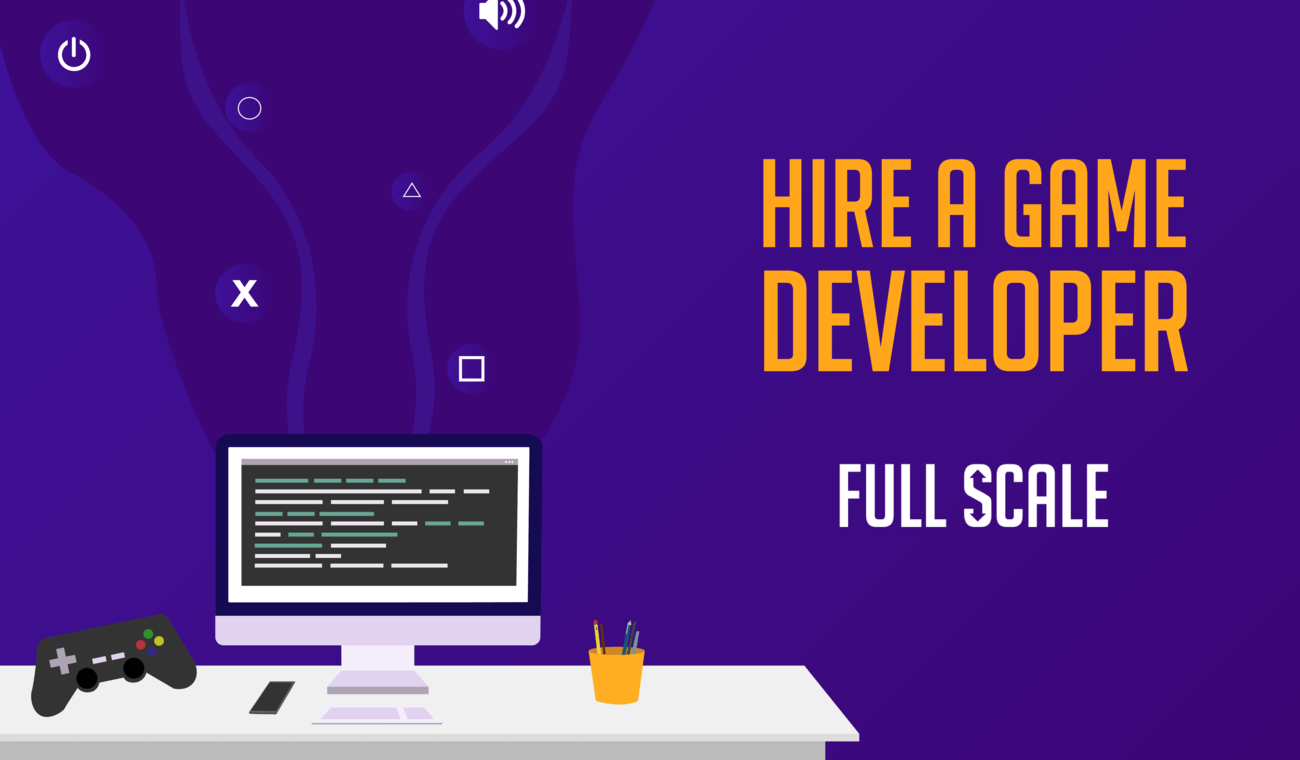 How to Hire a Game Developer

Want to hire a game developer? Here are some insights into the process, needed skills, and technologies. Likewise, how to find affordable resources to build your online game.

The gaming industry has evolved over the years. Gone were the days of traditional programming. At present, gaming companies work with technologies such as Virtual Reality, Augmented Reality, and others.

Building a game needs ideas to make it unique. For sure, these names are familiar to you: Pokémon Go, Subway Surfers, Despicable Me: Minion Rush, PlayerUnknown’s Battlegrounds (PUBG), or Candy Crush Saga. All these games have more than millions of users. And, what was their key to success?

Great idea and excellent execution. This makes gaming development a multi-billion-dollar industry. As a result, every startup wants to have a piece of this fortune. Thus, most startups stop playing games and start building them.

What is game development? Game development entails a great dose of creativity and technology. This means that there are two positions needed to build an online game: game developers and game designers. These names may sound similar, but these two provide design and creative flair, respectively. They work together to make a game interesting.

Game designers are in charge of the ideas and concepts. They are the ones who visualize everything. Designers are artists with a knack for extraordinary and creative vision. They are responsible for the game’s layout and designs. In short, they bring characters and plots to life.

On the other hand, the game developers’ main job is to transform these layouts and designs into a product. They convert the design into the actual game. Game development uses programming languages such as C++, Java, and others.

These differences are important in building a game as the industry is very competitive. Startups may opt to be part of the mainstream game provider or follow “indie” development.

Top Skills of a Game Developer

Meanwhile, the following are the job responsibilities of a game developer:

These are genuine requirements in game development. However, managing time well is also another great attribute to consider. No matter what type of game you are building, it will have deadlines.

Most of the time, publishers want to complete the game in time to capture holiday revenues. Or, the need to release a game together with a new platform or an upcoming movie. Thus, hiring video game developers always require time management skills.

When startups choose an incorrect platform, it may lead to a waste of time, money, and effort. Although gaming platforms improve and have better graphics resolution compared to previous generation consoles. Keep in mind that getting acquainted with a new development engine involves a lot of time and money.

Thus, choosing the right game development platform is highly essential. Since it is one of the most critical decisions in game development, a gaming programmer should have intensive knowledge on any of the following platforms:

Startups should know that there are many names for a game developer depending on the game engine. A gaming programmer has a similar job with a video game programmer, game engineer, gameplay programmer, or even combat engineer. Therefore, it is important to familiarize a game engine and how its community works.

Are there any factors that determine a game programmer’s salary? Like most jobs, years of experience, and areas of expertise corresponds to the salaries. Therefore, the more experienced a developer is, the higher the salary.

So, how much do game developers make? According to Payscale, an entry-level game developer with less than one year of experience can expect to earn an average base pay per year of $57,391.  This includes bonuses and overtime pay.

For startups, game development seems to be kind of a rockstar journey. Especially if you will be part of those gaming companies, counting millions of users. But, the reality is that these companies are not an overnight success.  The game development process is not that simple.

No worries, Full Scale can help you with that problem. We have a pool of software developers that are experts in programming languages for games. Our mobile developers can turn your design into a fantastic online game. Plus, we can build your team of project managers, testers, and analysts quickly and affordably.

Full Scale’s Guided Development can help startups enter into the gaming industry with ease. We believed that building mobile games is a great venture with the right ideas and the perfect team. Thus, what are you waiting for? Talk to us!