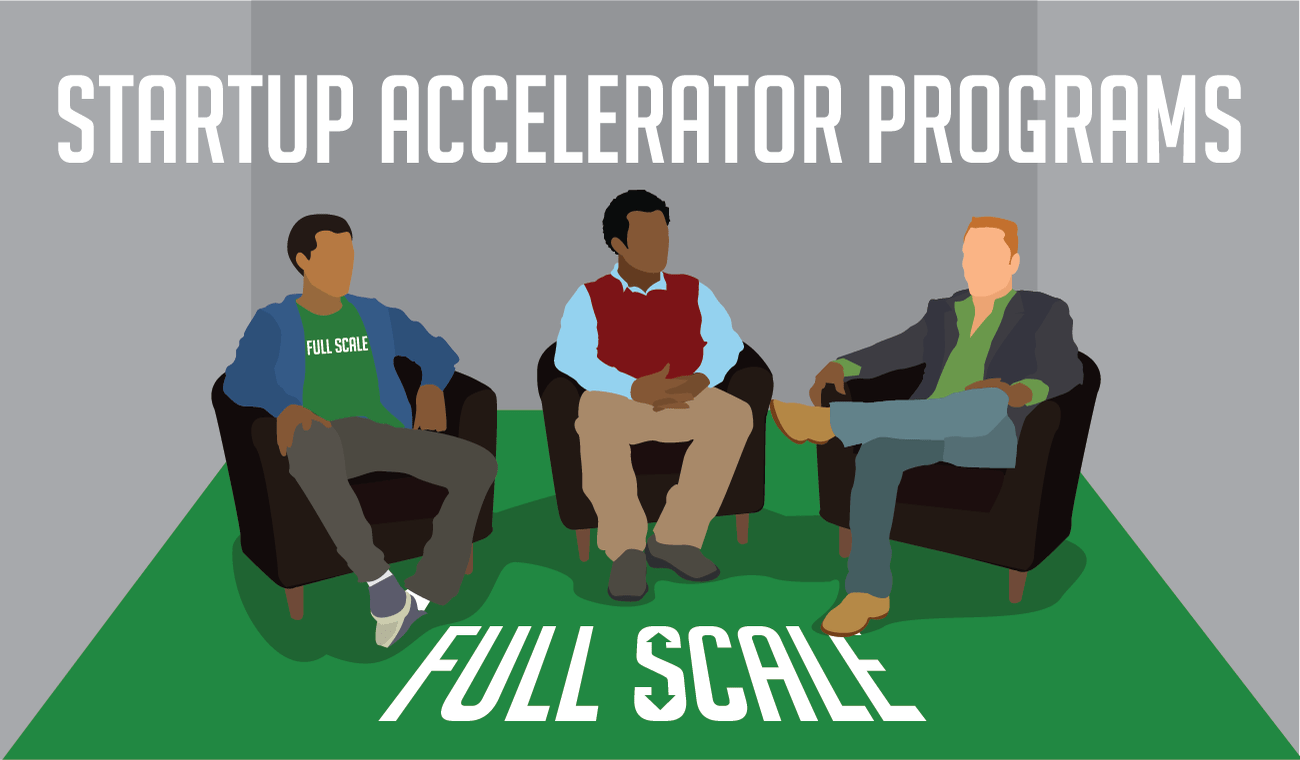 Want to turn your startup idea into a successful venture but don’t have the resources to support it? You might want to apply for a spot in a startup accelerator program.

Creating a startup is not easy. It takes hard work, patience, and considerable resources to build one. The struggle is especially prominent in the first few years when resources are limited. No one will tell you how it’s done or if your idea has any chance of success.

Startup accelerator programs came into existence precisely for that reason. Over the years, early-stage startups choose this route as a way to receive startup funding and mentorship. This allows founders to pick the brains of successful entrepreneurs who conquered the same hurdle as them.

If you’re a startup neophyte, joining a startup accelerator is a smart move you can take to grow your startup. From networking, funding, co-working space, and to mentorship, accelerator programs increase the chances of founders to build a thriving business.

Top 10 Startup Accelerator Programs in the US

As one of the pioneers in the seed money accelerator programs, Paul Graham started Y Combinator in 2005. Their headquarters is in Mountain View, California. Y Combinator has launched thousands of startups including successful ones such as Airbnb, Dropbox, and Instacart.

They remain one of the largest and sought-after startup accelerators in the US and beyond. Their stellar reputation for producing outstanding graduates has made them a partner of choice for early-stage startups.

Once approved to their program, they help startups steer their ideas into action, pitch these ideas to investors, and close the deal.

Also, their support doesn’t stop after the startup accelerator program ends. Their alumni network is regularly active with a commitment to help fellow YC alumni.

Another veteran in the startup accelerator space, Techstars selects more than 300 startups annually to join their mentorship-intensive 3-month program. Once you are part of the Techstars network, they provide you with $120,000 financial aid and hands-on access to their startup mentors.

Since 2006, Techstars hosts accelerator programs across different locations in the region, giving startup founders with more freedom and convenience to build their ideas.

Based in San Francisco, California, 500 Startups manages global venture investments in more than 70 countries. Their four-month-long startup accelerator program focuses on growth and scaling their startups. They are one of the few accelerators that break away from the archaic deadline system, so they accept applications on a rolling basis.

AngelPad is an accelerator program with locations in San Francisco and NewYork City. They have launched more than 150 startups since 2010. Every six months, they handpick around 15 teams among a sea of applicants to be part of their program.

Unlike other accelerators that take more companies than usual, AngelPad works with only a hand-picked few for three months every year. As a result, they were ranked as the #1 U.S. Accelerator based on a study done by MIT/Brown University.

While on the program, they assist founders with startup funding, finding the best product-market fit, and refining their target market strategies.

Headquartered in Boston, Massachusetts, MassChallenge has global offices in Mexico, Israel, UK, and Switzerland. They invest in high-potential startups from different industries around the world with no equity taken.

What makes them different from other startup accelerator programs is the fact that they’re non-profit. They boast more than $6.2 billion of funds raised, over $3 billion revenues generated, and worked with 2,458 alumni startups.  Since 2010, MassChallenge with a single mission—to help entrepreneurs easily launch and grow their startup ventures.

Dreamit is a venture capital and accelerator firm that focuses on startups with market-ready product growth. They have launched more than 300 startups with SeatGeek as one of their most valuable startups.

Their program provides founders with access to executives, investors, thought leaders, and other important resources. They target three types of verticals, namely Healthtech, Urbantech, and Securetech.

The Edward L. Kaplan, ’71, New Venture Challenge (NVC) is touted as one of the premier accelerator programs in the US. Along with Polsky Center, University of Chicago, NVC has graduated more than 200 startups; raising more than $1 billion in funding, and $7.5 billion worth of merger and exit investments.

Some popular companies launched through NVC are Braintree/Venmo, Simple Mills, and Grubhub.

Founded in 2010, BoomStartup is a top-rank startup accelerator program in Utah. They provide startups with minimum viable product creation, extensive mentoring from seasoned experts, pitch development, investor introduction, and others.

They use a Lean Startup Methodology to launch their acceleration plan. With this approach, startups can easily learn what works for them and discard those that don’t. Also, they believe that a mentorship-driven approach is an effective way to build startups.

They invest up to $50K in exchange for a 2.5-4% equity in the company. Not only that, but startup alumni can qualify to raise additional capital through the Innovation Works seed fund of up to $600K.

The Google Launchpad Accelerator is a program specifically tailored for growth-stage startups from other countries. Through this program, founders will get access to Google engineers, equity-free support, intensive mentoring, PR training, and close partnership with Google for three months. The program offers an all-expense-paid training at their Silicon Valley headquarter.

In summary, the startup accelerator programs are the pillar of some of the most successful startups today. Twitch, Dropbox, and Stripe are prime examples of former startups that have grown into well-known companies. The success they’ve achieved was attributed to the financial support given by the startup accelerators in their early stages of growth.

Now, it’s your turn to write your success story. If you have a startup idea with a strong product-market fit, then why not give startup accelerators a try. You don’t have to take this startup journey by yourself. By joining an accelerator program, you have access to the much-needed funding, network, and mentorship to help you navigate the intricate road of building a startup.

Here at Full Scale, we help startup founders mobilize their startup dreams. We provide a wide range of software services to upscale your startup needs. Our pool of software developers, project managers, content writers, and graphic artists can work with you in all stages of your business.

Talk to us today to get your FREE consultation.