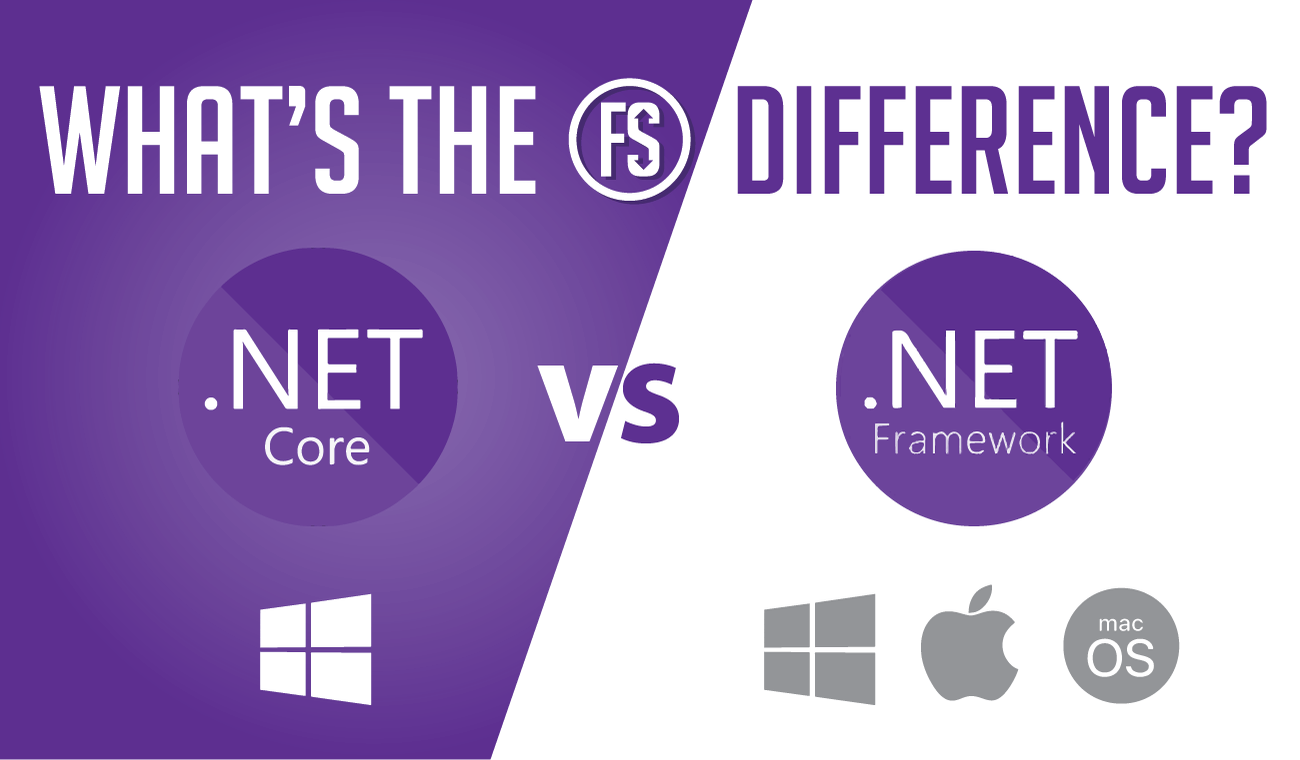 NET Core vs NET Framework: What is the difference?

The .NET Core vs .NET framework discussion untangles the basic differences between the two. You will then understand why you even have to choose.

Coming into the .NET universe cold can be a bit like being in a maze. You might start out going in the right direction, but then you come to a dead end. If you know the difference between .NET Core vs .NET, then you have the map to the maze.

One of the reasons for the confusion between .NET Core vs .NET is the same first name. However, these two brothers have more than that in common.

Both are open source (at least, some of the .NET components are). Both are developed by Microsoft. They also use the .NET Standard, specifying the .NET application program interfaces available. Additionally, .NET and .NET Core both use the framework class library or FCL to run applications. This is a collection of value and data types, runtime libraries, compiler libraries, interfaces, and reusable classes. Microsoft also maintains both runtimes.

History of .NET Core vs .NET

So, if .NET Core and .NET have so much in common, why would a developer have to choose? You will see why if you look at the history.

It did not prove to be a deal breaker for many developers, though. In fact, Microsoft continued to work on improving .NET. As a result, developers went on using .NET, especially after the introduction of Silverlight and Xamarin. However, they ran into portability issues when expanding the compatibility of .NET to other platforms.

Despite all these improvements to the framework, achieving a true cross-platform environment was elusive. This led to the development of .NET Core.

Finally, Microsoft decided to start working on a reboot to .NET in 2014. They came up with .NET Core in 2016, designed specifically to support cross-platform runtimes.

The new framework has a modular design. Simply put, it comes with lighter versions of the core development components, and that is it. As a result, a developer has the option choose to add modules. They just have to download them from the NuGet gallery. Because of this, .NET Core was simple to deploy and portable.

Differences of .NET Core vs .NET

You might think that .NET Core is the same as .NET, except better, based on the history. However, that is not the case. Read on to see a summary of their differences.

Because it is a cross-platform framework, .NET Core works on Windows as well as Linux and Mac OS. An application based on it can run on any of these systems. In contrast, .NET is truly compatible with Windows only, notwithstanding Mono, Silverlight, and Xamarin.

One of the drawbacks of .NET Core is developers cannot use it to for desktop applications. It is primarily useful in developing server-side or cloud-based applications. By comparison, .NET works with desktop as well as web applications.

The .NET is a single package of everything a developer might need to build a Windows application. In other words, it comes with all the components for developing for Windows. A developer has no choice on what they get.

On the other hand, .NET Core uses modules. The package only includes the basic development components. After that, the developer can choose only modules they need for their chosen platform.

Mobile apps are becoming more important for businesses. However, .NET does not support their development at all, and that is a problem.

On the other hand, the .NET Core has some support for mobile apps. It is compatible with Xamarin and other open-source platforms for mobile applications.

Microservices break down a large application into smaller applications and services. This makes it easier to scale and manage. .NET supports REST API, but not the microservice architecture.

On the other hand .NET Core supports both. This allows the developer to work on one component at a time without affecting the whole system.

.NET Core updates automatically initiate in existing applications. The process does not affect the performance of the application.

Updates deploy first on the Internet Information Server in the .NET framework. Thus, the person maintaining the applications will have to update each one manually.

When to Use .NET Core vs .NET

Choosing when to use one or the other framework will depend on the project. In general, the .NET Core framework is appropriate for cloud-based and server-side applications. On the other hand, .NET is for web-based and desktop applications on Windows.

Use it when the application:

Use it when the application:

The debate on .NET and .NET Core shows the key differences of the two platforms. As a result, they can push developers on the fence, one way or the other.

That said, technologies are changing all the time. For instance, Microsoft introduced .NET 5 in November 2020. It runs on multiple platforms, including iOS and Android. Thus, its introduction resolves many issues with the .NET ecosystem. This is good to know for future software development.

In other words, the differences between .NET Core and .NET are becoming more academic every day. However, for those that want to know, the truth is up there.

Full Scale can help you in practical matters. We deploy software developers that work with multiple frameworks and platforms as well as professionals that can provide you with what you need in your business.

What are you waiting for? Contact us now and start achieving your goals!