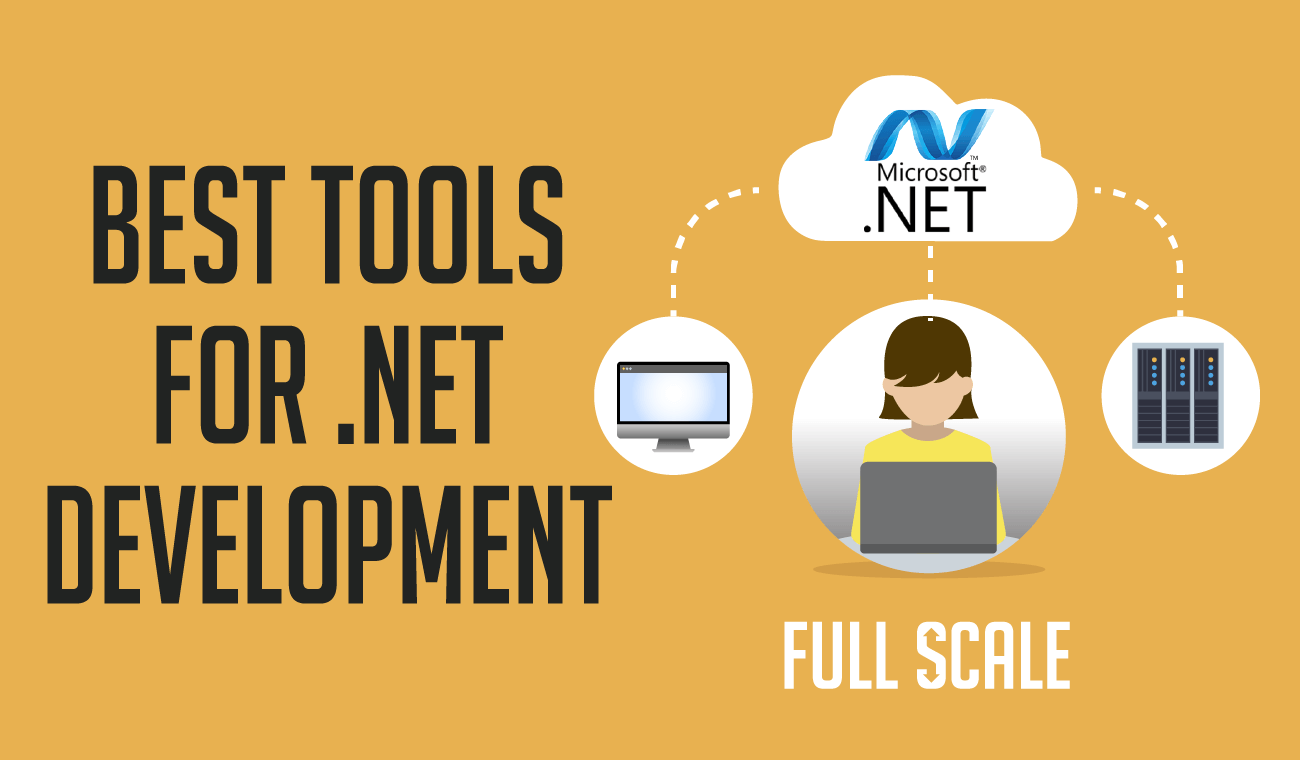 Software development is an extremely dynamic environment. Why? Development trends come and go and sometimes get replaced by new ones. Today, we’ll dive into the latest .NET development tools that help increase developer productivity.

Efficiency is the hallmark of the software development process. While it takes hiring highly skilled developers to do the job, productivity tools make the process much more efficient. Benefits for using productivity tools arise for any team that leverages them.

Here are some of the benefits of using productivity tools:

Generally, all development aspects should use tools that elevate the working dynamic whether it’s coding, testing, deployment, and even communication. Hence for this topic where we are focusing on .NET development, we will highlight the best productivity tools for it.

Before getting into the tools, let’s first familiarize ourselves with the nature of .NET itself. By definition, .NET is an open-source software development platform capable of creating different types of software applications. Moreover, the platform is created by Microsoft.

In essence, .NET allows developers to build web, mobile, desktop, and IoT products using editors, languages, and libraries within the platform. The fundamental languages in .NET development are C#, F#, and Visual Basic.

Because of the platform’s flexibility, it allows developers to use extended tools for .NET development. Thousands of other libraries and tools, alongside their NuGet tool, are compatible as long as they follow the .NET standards.

Before delving deeper into the .NET development tools, we must also understand that .NET is a development platform. In essence, this means that multiple development activities happen within the platform. Depending on what type of software product you’re building, you can leverage its multiple settings and capabilities.

To further optimize .NET development, you can use tools that enhance the working experience. As mentioned above, technology is volatile. Through the years, .NET developers have been selecting the most relevant tools available in the market. So, let’s dive in and explore the best productivity tools for .NET development today.

NuGet is a .NET package management tool. It is used to create, share, and pull packages within the .NET framework. That said, you can create your own libraries and share them with the rest of the community. By doing so, you can make your own tools available within your organization or share them publicly across the platform.

Overall, NuGet’s main offering is its wide array of available packages, libraries, and modules that are applicable for different project types. With this, it is recommended to use this to explore relevant packages for your project.

There’s a reason why thousands of developers use Stackify Prefix: it makes their job so much easier. This tool is used by software developers for Application Performance Monitoring (APM). Prefix runs in the background and monitors code performance as the developer is writing it.

One of the most used tools in .NET is NCrunch. In development, NCrunch is used for program testing. Basically, this automated testing tool performs continuous tests in parallel with code compositions.

This intelligently runs automated tests under quality measures as the .NET developer runs their code. As a result, the automated tests provide real-time feedback so the developer could make necessary changes and actions. Much like the other tools for .NET development, NCrunch is a paid tool but its benefits supersede the investment.

Another commonly used testing tool by .NET developers is NUnit. NUnit is an open-source framework that is built to create and run tests under the .NET programming languages.

Using this tool, tests can be run in parallel and alongside other test scripts at the same time. The testing provides real-time results. Furthermore, this tool is often used for applications that are not on the Microsoft platform.

Microsoft Visual Studio is one of the most used integrated development environments globally by .NET developers. IDEs are where developers can edit source code, automate tasks, and debug software programs.

Visual Studio is used by .NET developers to create web-based software such as websites, web applications, and web services. Because Microsoft created this as a fully-functional platform, you can build, edit, and deploy products from scratch to deployment. The tool is also supported by a huge community of developers.

In software application development, one of the most important parts is database management. Generally, this next tool is a lightweight multifunctional application that enables database connections. LINQPad is used by .NET developers when performing interactive C# coding.

Its mechanism includes running servers for each request. When the single client receives a query, it creates a new server to process it. In this process, the queries don’t collide in one server which avoids corruption on other existing services or running applications. Moreover, the LINQPad tool has a built-in debugger and autocompletion support for building programs.

TeamCity is a useful tool for building and deploying software applications. It is a continuous integration tool that assists the creation and deployment of different types of software projects.

One of the best qualities of TeamCity is its workflow in generating software builds. By using this tool, .NET developers automatically trigger a build every time they commit a code without affecting the other code versions.

For every commit, they could test the build on their local machine before deploying to an environment. TeamCity also contains multiple plugins that make development more efficient for its users.

Which is the best tool for .NET development?

Short answer: there is no best, only most relevant. Overall, it would come down to what you’re doing and which development aspect you’re using the tool for. As you may have observed in our list, it covers multiple facets of the process; from coding, testing, and deployment.

Regardless, it takes an experienced software developer to distinguish the most appropriate tools to use in any given situation.

At Full Scale, we provide software development services for businesses that are in need of a development team. We take care of the tedious recruitment and screening process to ensure that we deploy the best software experts for you.

So, if you are looking for a team to mobilize your next project, you’re in the right place. We’d like to get to know more about you. Contact us for your free consultation today!