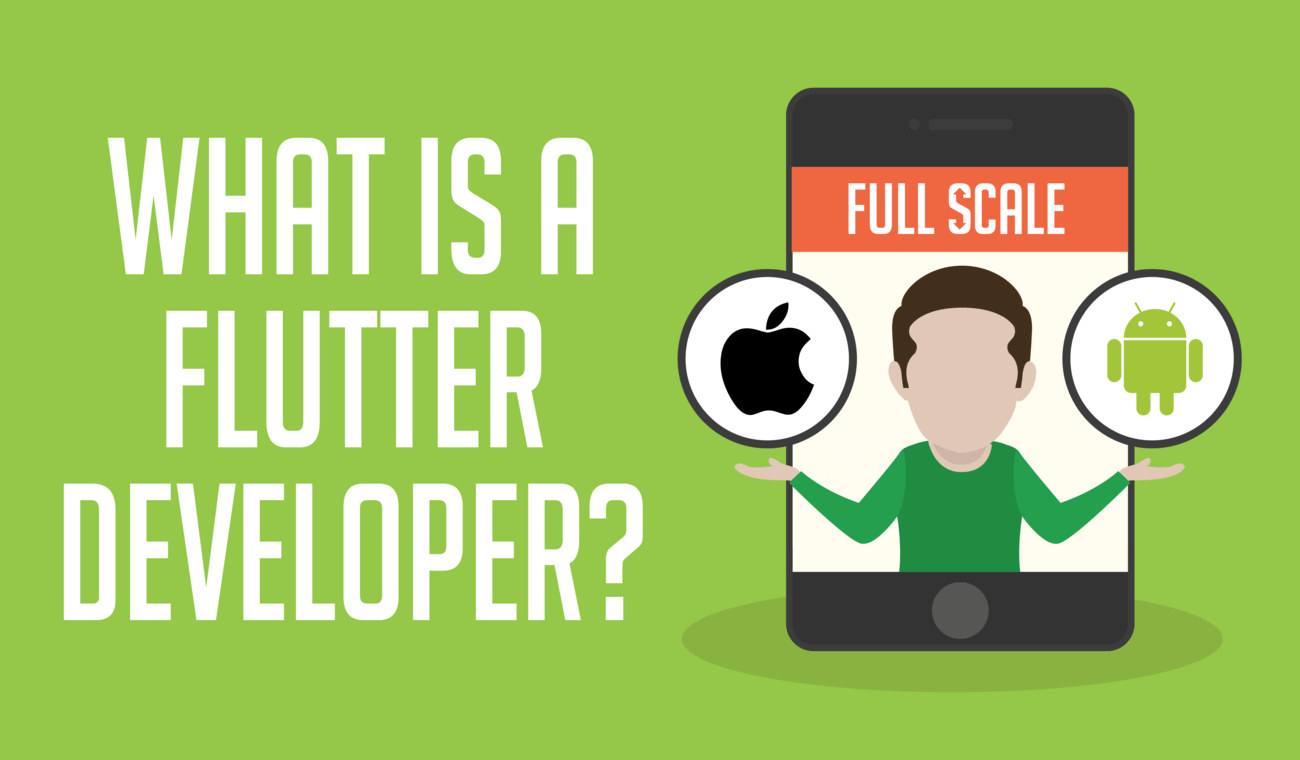 What is a Flutter Developer?

Flutter is a new application development technology that is currently gaining popularity in the industry. But what can Flutter do for startups? What are Flutter app developers, and how can you benefit from one?

In this article, you will find out why Flutter app development is gaining popularity and why business owners are leaning to Flutter for their projects.

Why is Flutter Becoming Popular

Flutter is a free and open-source UI software development toolkit developed by Google and launched in 2017. Though relatively new, a lot of mobile app developers are seeing the benefits of using Flutter.

Flutter uses the Dart programming language, which is quick, easy to learn, and object-oriented. It provides its own widgets that enable Flutter app developers to create custom app designs. Also, it has readily available UI elements to make apps aesthetic.

Though it is considered new technology, Flutter is even recognized as a serious competitor to React Native.

Now, there are quite a several successfully launched Flutter applications you can see in app stores. Some of these are GoogleAds, AppTree, Xianyu by Alibaba, and PostMuse.

How can Flutter Help Startups

Startups need to upturn their efforts to survive cut-throat competitions. When developing a mobile application, don’t settle with just an app. With Flutter, you can create mobile applications quickly, affordably, and aesthetically.

Here are ways how Flutter app developers are helpful to your startup.

Mobile application development has two primary options: cross-platform and native. Native mobile apps are developed solely for a specific platform; developers use language that is compatible with the platform alone. It means a native android application will not run on iOS, and it goes the other way around.

With Native application development, the startup needs the developer to build the same app on both Android and iOs platforms. This process is both costly and time-consuming, which startups could not afford. Cross-platform apps, on the other hand, can run on multiple platforms. However, these applications do not perform very well compared to native apps.

Fortunately, Flutter app developers can build cross-platform mobile apps without the worry of performance issues. So how can they save costs through iOS and android app development using Flutter? Simple, Flutter allows developers to write one codebase for two applications.

Flutter has native widgets and designs for Android and iOS interfaces that developers can utilize. It means you can have the exact same application compatible with multiple platforms.

Flutter has a distinct advantage over React Native, and that is its user-friendly UI. Flutter does not rely on native system components. Instead, as mentioned before, it has its own set of custom widgets that allows the creation of 2D, UI animation, and gestures.

Your apps will look specifically the way you want them to appear no matter which platform or layout it is running on.

But that’s not all. Apps built with Flutter can perform smoothly without system lag while the user is scrolling. That is because Flutter uses the Skia Graphic Library, and most work is done on GPU (graphics processing unit). Flutter UI delivers 60fps per minute, and the UI runs smoothly.

How to Find Flutter App Developers?

Now, you know how Flutter can help your startup save costs and build robust mobile applications. But there is a new dilemma you will be facing. Where can you find proficient yet affordable Flutter app developers?

Hire within your area

You can first find local app developers near your area. You can put up physical ads like flyers or posters for job postings. Or you can find them digitally by sharing an ad post on your social media network.

You can also ask for recommendations from your network. There may be friends or colleagues that can refer you to names of experienced Flutter app developers you can hire.

Hiring locals is highly beneficial because you don’t need to go far and beyond to look for candidates. But before you do, make sure you do your research on the developers’ demographic in your area. You might find out there are only a few skilled app developers that can cater to your needs.

Instead of settling for a so-so developer, you better keep looking in other areas. Or else, you will end up spending money without a good product.

Make use of the internet. There are a lot of professional websites where Flutter app developers display their skills, abilities, work background, and portfolios. Here is a list of sites you can check out:

Can’t find an affordable developer in your area? Or also quite skeptical of hiring developers from professional social networking sites? Then your best option is offshoring Flutter app developers.

It is a fact known to most that offshoring business processes are proven to be useful when saving production time and cost. Customer help desk, accounting, bookkeeping, and even IT, these processes are often acquired offshore.

In this case, you will most likely need a team of developers to create a mobile application for your startup. Once the project is launched, there won’t be much need for a large team. This kind of setup is convenient for offshore software development centers.

Which Offshore Development Company Should You Choose?

Since offshoring is highly efficient, you will need a flutter app development company offshore that meets your demand.

The developer you need should be knowledgeable of the technology, has satisfactory work experience, and, most of all, be dedicated to building your application. All these qualities are present in all developers of Full Scale.

Our mobile app developers possess the skills and experience to build an application that can help your startup compete in the market. You can choose each member of the team and manage them halfway around the world.

How can you manage that? Well, we have a system called Guided Development. Each member of your offshore team will dedicate their time and effort to the project. This offshore team is part of your very own organization. To ensure that the team is on the right track, designated project managers will handle the team and continuously give you updates on the progress.

By this process, you focus your time on innovating other core areas of your business. While the offshore team is building your app, you can intensify your marketing or find innovative ways to enhance your product.

Let us know what’s on your mind. Schedule an appointment and talk to us about your business ideas.