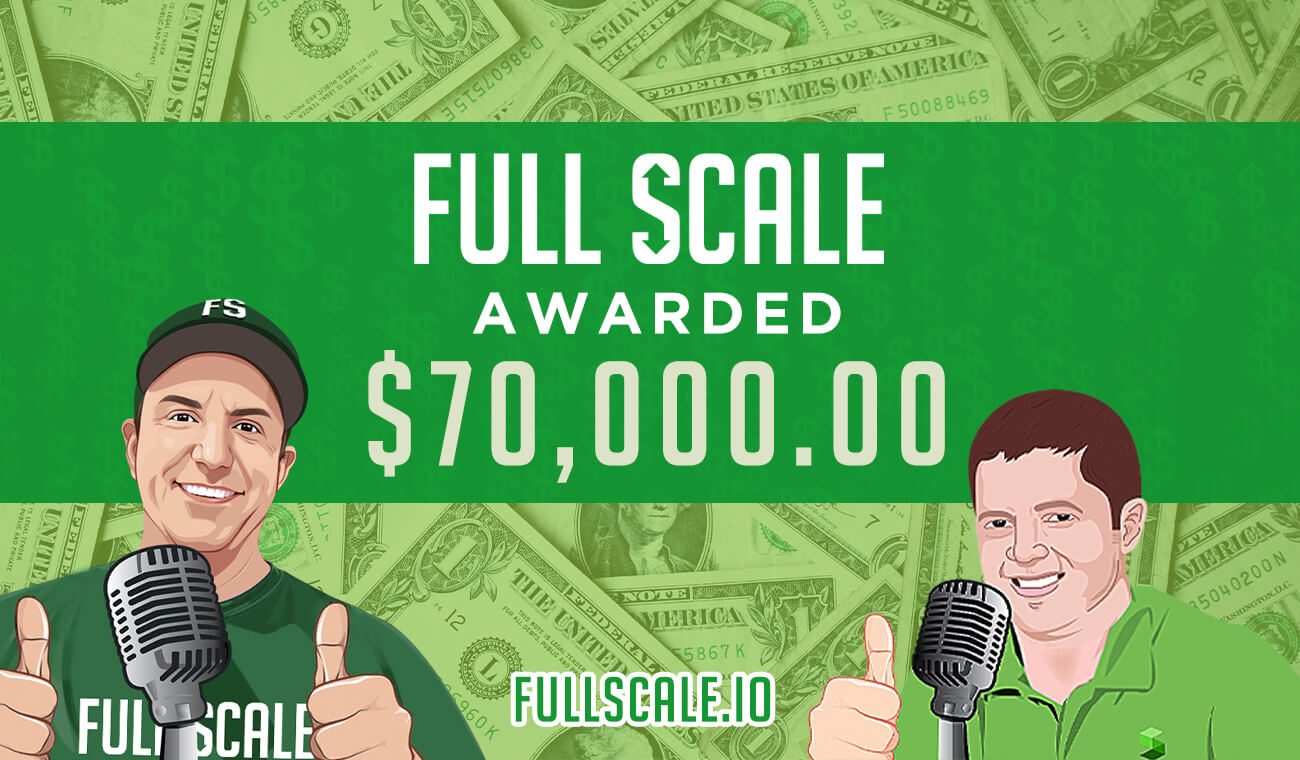 Full Scale founders Matt DeCoursey and Matt Watson awarded a total of $70,000 worth of software development resources to four participants in the Pure Pitch Rally during Techweek Kansas City.

The Start-up Hustle duo initially announced a $50,000 giveaway in Full Scale resources to two participants in their Startup Hustle podcast episode. However, two more participants were given $10,000 cash prizes on the actual event.

Lauren Lawrence of Stenovate, a transcript production company for court reporting, and Kirby Montgomery of TheraWe Connect, a video communication platform for therapy, were each given $25,000 in Full Scale software development resources by DeCoursey and Watson.

“[$25,000 in resources] is about one full-time developer for 6 months or two developers for 3 months. You can get a lot done in that time,” explained Watson.

“Some of these businesses are going to succeed and some won’t. And if what we are going for them is a big part of that then we changed lives and it matters,” said DeCoursey.

“She has a vision of what she wants her product needs to do but she doesn’t have the engineering talent to build the product so this is going to be a huge step forward of having some developers that she can work with to build that MVP of that product, start to build out the marketplace that she’s trying to create. That’s a game changer! We’re able to step in and fill that void for her,” said Watson.

Donald Hawkins, the founder of CitySmart, also received $10,000 worth of resources for his pitch.

“It’s about getting the right help,” said DeCoursey. He further explained how crucial it is for a start-up to get the right team of experts to run the business. Full Scale’s main goal is to help each of these companies expand their business and succeed in their industry.

Matt DeCoursey also gave away 200 signed copies of his book “Million Dollar Bedroom” in the event.

The Pure Pitch Rally is a private gathering in Kansas City that was attended by hundreds of investors and entrepreneurs gave away $1000 to their chosen participants. Eight chosen participants competed for $80,000 cash prize and $500,000 in Amazon AWS Activate credits.

The gathering is also founded by Karen Fenaroli, CEO and managing director of Fenaroli & Associates. The Kansas-based gathering opens opportunities for aspiring entrepreneurs to expand their business through generous cash prizes and sponsorship.

Like
Full Scale Founders to give away $50K tech resources in Pure Pitch Rally
What is an Offshore Development Center?