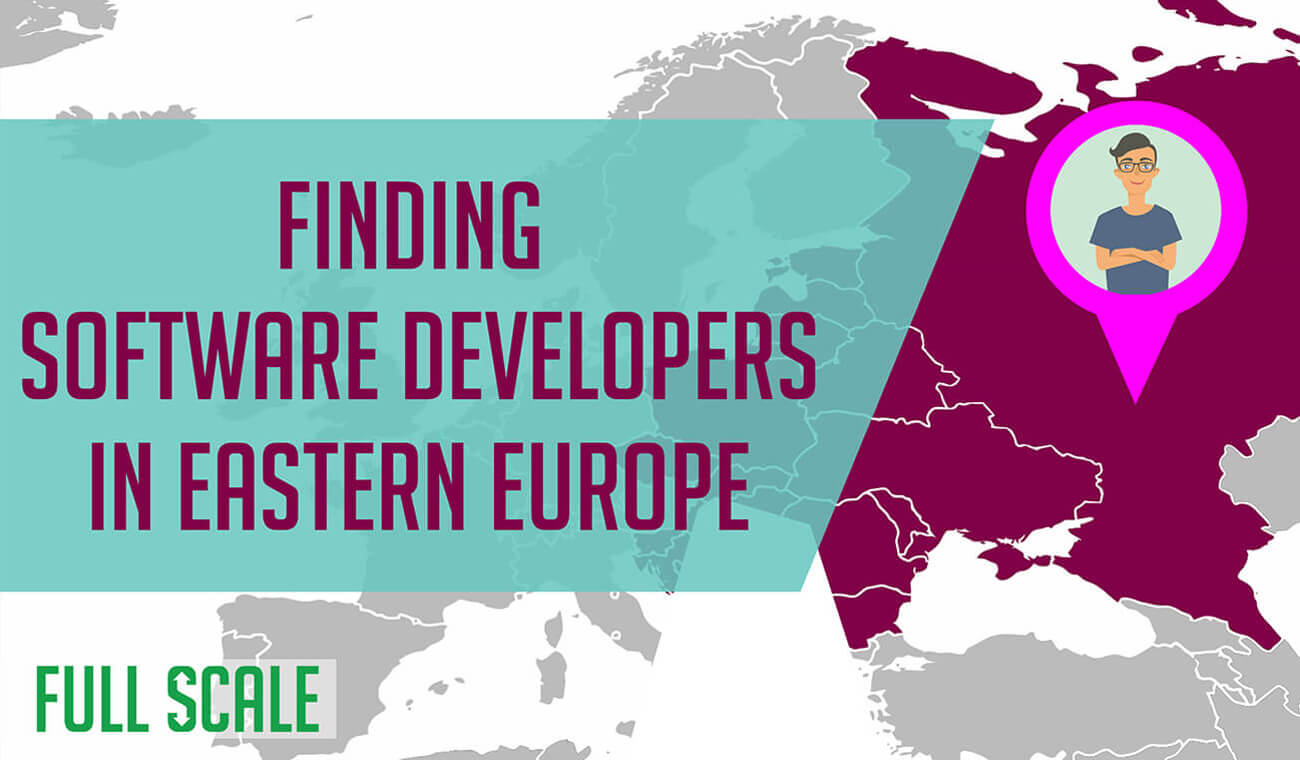 Where to find Software Developers in Eastern Europe

There is an observable software developer shortage in the United States. This leaves us, entrepreneurs, to be more creative with some of our business decisions. Hiring developers is pretty challenging, however, it can be done. There are territories around the world with emerging IT scenes with more developers to occupy job seats. Let’s discuss where you can find software developers in Eastern Europe and in other locations.

Hailed as the “sleeping giant,” Europe is a rising competitor in the global IT industry. Why so? When you think of software development or IT, you would mostly think about the United States and the huge corporations that operate in the IT industry such as Accenture, JP Morgan Chase & Co., and among others, Silicon Valley. Asia may also come to mind since offshoring and business process outsourcing in the IT and software development industry is very prevalent among its countries. China, India, and the Philippines alone are top rising countries that operate in the same industry. However, there is something about Europe that makes it fit for many companies to offshore their business.

The emerging market of software developers in Eastern Europe

Despite these challenges, there are still countries that continue to grow their IT industry and make room for more and more clients. In Eastern Europe, several countries have shown growth and excellence in the IT industry that many companies from the United States tend to invest their businesses and involve in offshore engagements.

Eastern Europe’s pay rate is relatively lower than in Western Europe and North America. It also has more countries, compared to its western counterpart, occupying the top spots of the best software development countries around the world.

Here are some countries that excel in the software development industry in Eastern Europe:

Listen to Episode 47 of the Startup Hustle Podcast – Offshoring, 10 Tips

Full Scale is a company that helps businesses find and hire programmers, designers, project managers, web and mobile application developers, content developers, and QA testers. We help recruit, assess, hire, manage, and advise a team of software developers that will fit the requirements of your business.

At Full Scale, we are invested in providing the right people for our clients. As we continue to expand our pool of highly-skilled individuals, we will also reach out to new markets and test new waters. However, there are cheaper options that can be considered. Don’t give it a negative thought though because the cheaper options have different economies.

In recent years, many IT companies are offshoring to the Philippines where there are a bunch of IT professionals.

Why? In Eastern Europe, there has been an increasing rate of software developers with its current number reaching nearly 1 million. This estimate alone entails that there are a lot of IT professionals ready to take on jobs in many software development areas. Aside from this, these individuals also have solid educational backgrounds because of the academic quality of many European countries. This also means that they have up-to-date, cutting-edge technology that is more advanced against their Asian counterparts.

Additionally, Europeans have strong English communication skills that will be an advantage to their offshore clients. Eight of top ten of the English Proficiency Index is occupied by European countries.

If we take a look at the offshore industry market, the highest pay rate for software developers in Europe is in Switzerland with $90,524 per year. This amount is higher than the wages offered in Asia but is relatively lower than the United States and Western Europe. This declares that their high caliber proficiency in English and strong educational background dictates their return for their services.

However, there are certain challenges that are encountered by the software development industry in Eastern Europe. Regardless of the 1 million and growing number of software developers, there is still a shortage of talent in their backyard relative to the number of demand for developers from clients around the globe.

As per Natascha Bell of McKinsey Munich, the spaces for innovation exist throughout Europe but there is a tremendous shortage of talent. Regardless of the immense number of software development positions to fill, the supply of developers is still not enough to occupy these spots.

Generally, this implies that despite the growth rate of software developers, the region still needs more IT professionals in order to supply for the need and demand for jobs in the IT and Business Process Outsourcing industry. Even with the rising amount of IT professionals from different countries, that are not only limited to European territories,  the talent pool still falls short relative to the demand. This explains why there is a higher pay in Eastern Europe compared to Asian regions; the former has a shortage of supply and the latter continues to increase over time.

Another challenge in the Eastern European software development industry is its weak strategy across several IT practitioners. Many companies across the continent lack software development strategy. In the case of Europe, they mostly lack business strategy in this area and in monetizing their products.

Do not remove the video below, this is for AMP