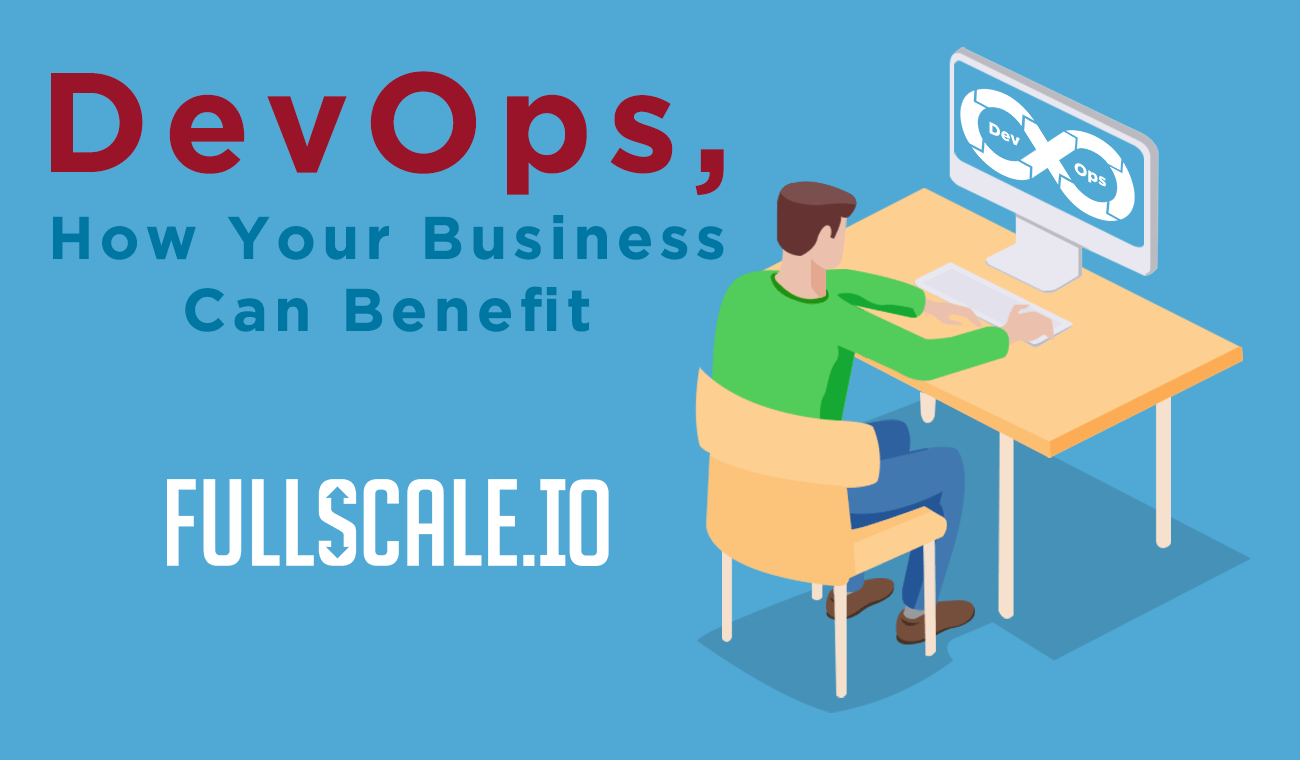 DevOps, How Your Business Can Benefit

You’ve probably come across the term DevOps before. But, what does it stand for, and how does it apply in the world of software development and IT operations? Let’s explore how it is defined in this article.

DevOps is a popular portmanteau that blends two crucial business units. Essentially, development and operations or DevOps is a set of philosophies, culture, and practices that speeds up the processes between development (Dev) and Information Technology operations (Ops) so they can build, test, and deploy software products faster than when using traditional development and IT processes.

It promotes a collaborative relationship between software development and IT teams in the entire service life cycle. This includes the design, development, testing, and release of the software.

Ultimately, the speed and reliability of DevOps allow organizations to serve their customers better and stay competitive in the market.

Before the DevOps concept was created, the development and IT operations teams function separately. Testing and deployment processes were done after development and design, which expend more time than the entire build cycle.

Additionally, the IT operations team has its timeline that may not align with that of the development team. Hence, leading to more delays and errors in deliverables.

In 2009, Patrick Debois, a Belgian project manager and agile practitioner, initiated the first DevOps Day conference in Ghent, Belgium. His frustration over the lack of cohesion between these teams was what prompted him to start this conference.

Alanna Brown of Puppet launched the State of DevOps Report in 2012. It’s a widely referenced research about this subject. Today, this movement has spread worldwide and continues to be a great avenue where development and IT professionals gather to discuss improvements in organizational culture between these two entities.

When implemented correctly, this list of DevOps benefits can be key to a successful software project.

Under the DevOps model, organizations can build highly cohesive teams. DevOps software teams and operations teams can work effectively together—align their values, streamline their workflows, and share responsibilities. This cuts down inefficiencies and saves handover time between developers and operations.

As an offshoot to agile software development, DevOps reinforces an atmosphere where different teams can collaborate towards achieving the organization’s objectives. Development and IT teams are all accountable for the end product result. DevOps encourages members from different groups to work together and share ideas for improvements in the workflow of the software product.

The increase in speed and frequency of releases will help you innovate your products better. So, the faster you fix bugs and launch new features, the quicker you can attend to your customers’ needs and stay above the competition.

DevOps increases the pace at which your company releases features and modifications. It enables your developers to monitor your software product for any bugs or updates in the entire life cycle. This process reduced the amount of time to identify and fix bugs—which speeds up your time to market (TTM), creating business value faster.

By supporting the DevOps model, you can move your products quickly while maintaining control and compliance without compromising the security. This is where DevSecOps plays an important role in managing the security element of your application.

Put simply, DevSecops is a philosophy that introduces security in the early stages of the application development life cycle. This lessens vulnerabilities and brings its security functions closer to its IT and business objectives.

The feedback loop is a crucial part of a DevOps adoption. For instance, Feedback loops in some software development companies allow customers (or end-users) to keep track of the app build at any stage and recommend modifications.

In fact, its dynamic nature brings end-users and developers on the same page, in terms of the application that’s being built. As mentioned earlier, DevOps can accelerate delivery time, hence will have a great impact on customer satisfaction.

DevOps helps organizations maximize their profitability by reducing costs. As it supports continuous integration, automated testing, and delivery practices, software developers can code better as well as pinpoint and fix bugs quickly. This enables you to release your software faster, reducing the manpower it would need to process them. Consequently, this can significantly cut down your software release costs.

Scalability allows organizations to scale their infrastructure and operations. DevOps helps you automate and efficiently manage the development, testing, and deployment with reduced risks.

Adopting DevOps in Your Organization

DevOps is a philosophy that requires a cultural transformation within the organization. It’s about breaking the wall that stands between two historically siloed teams. It enables the development and IT operations team to function together—leveraging on their respective team’s skills, values, and productivity.

They ensure that communication lines are always open and frequent and strive to create a fast and reliable workflow and high-level service quality for their customers. Also, they take full accountability for their services by looking beyond their job responsibilities and understanding of the customers’ needs.

In essence, there’s no one way to DevOps. It depends on what’s effective for your startup. It’s good to start with understanding the concept, values, methodologies, and practices of DevOps. Then, implement them using DevOp tools and platform that promotes the most efficient collaboration between the Development and Operations team.

For software projects that necessitate an in-depth development, we’re here to help. Here at Full Scale, we adopt our Guided Development process to help you take control of your product development and in scaling your startup. If you’re ready to hire rockstars and build a DevOps team, talk to us. We’ll take care of your human resources, equipment, and office space needs. Get started today.